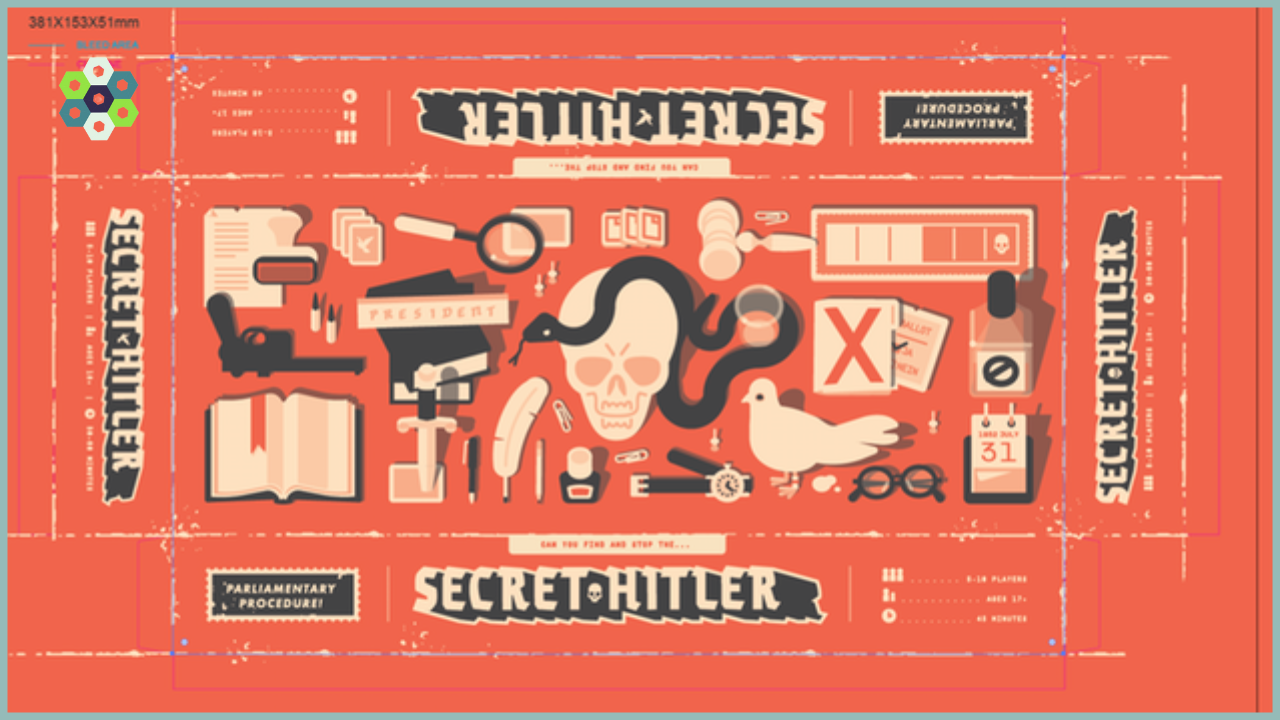 The result of a Kickstarter campaign raising nearly $1.5 million, Secret Hitler is a social deduction party game that divides players into two factions: liberals and fascists. The game is fast-paced and tense, with fascists employing deception, confusion and intrigue to pass fascist legislation, seize government control and put the Secret Hitler into permanent power. Secret Hitler is a dramatic game of political intrigue and betrayal set in 1930's Germany.

Players first draw confidential envelopes that place them on either the fascist or liberal team. If they are fascist, a role card assigns either rank-and-file status or the role of Hitler. A free app handles setup narration, expertly voiced by Geek God Wil Wheaton. While occasionally buggy, the app does an excellent job setting the tone for the game, letting the fascist players identify one another, as well as Hitler.

From there, players take turns electing one another President and Chancellor. Presidents receive three pieces of legislation, either liberal or fascist, discard one and pass two to the chancellor. There are 11 fascist laws and only 6 liberal laws, so it becomes increasingly difficult for liberals to get favorable laws passed as the game progresses and positive legislation is used up. Worse, each fascist law gives added power to the executive branch, including investigative, veto and even assassination powers.

Liberals win after passing five favorable laws or assassinating Hitler. Fascists win by passing six favorable laws or having Hitler elected Chancellor after at least three fascist laws are enacted. Once that point is reached, the game becomes incredibly tense, as a wrong decision means the end of the game and the rise of brutal dictatorship. The tension is palpable.

Secret Hitler is a dramatic game of political intrigue and betrayal set in 1930's Germany.

This is a sensitive subject matter, to say the least. Had the game been presented in a salacious way, it could be distasteful and indefensible. Fortunately, the theme is handled with restraint and the game feels more like a warning akin to Orwell’s always-relevant Animal Farm than something exploitative.

Sessions of the game are likely to evoke both sweat and laughter in equal measure. It’s also likely to provoke conversations on Executive overreach, consolidation of power, the importance of checks and balances, and even the nature of evil. Heady stuff for a board game.

It’s this ability to stimulate thought and debate that catapults Secret Hitler above other stellar social deduction games like One Night Ultimate Werewolf. It is thrilling, tense, dramatic, and addictive. You will wear out your board before it wears out its welcome. Table Top doesn’t get much better than this.