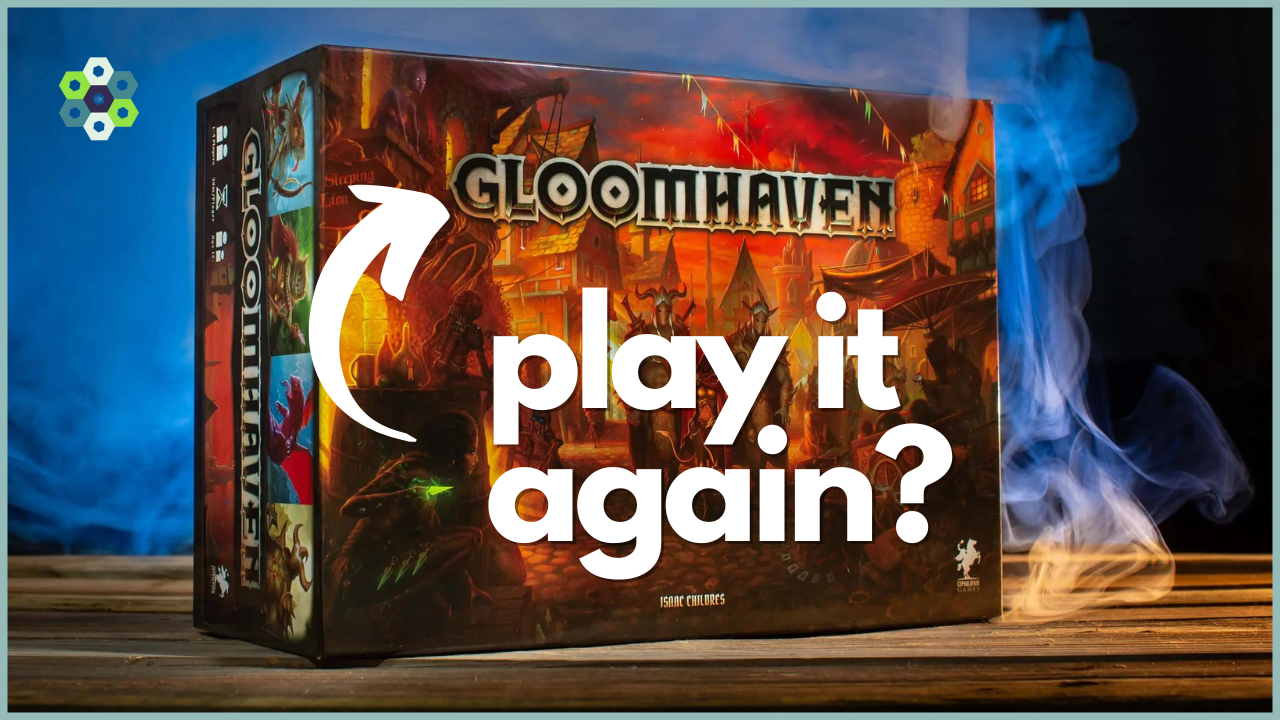 You may have heard of Gloomhaven and are considering adding it to your gaming stable. It has been immensely popular worldwide and has a legendary size and price tag. But you’re wondering whether you can replay it, justifying its massive cost. Because money, unfortunately, doesn’t grow on trees in the real world, you should consider the reviews of gaming enthusiasts and the observations of developers.

The game of Gloomhaven is endlessly replayable. A multitude of player, class, scenario, event, skill and party combinations will keep each playthrough unique and exciting. The game design incorporates a complex ruleset and social dynamics that make each scenario unpredictable and engaging.

Game developers have been designing games with challenging objectives, social interaction, and unique game mechanics for decades, with a slew of popular board games on the shelves worldwide. However, games are seldom as successful, engaging, and replayable as Gloomhaven. What about Gloomhaven has millions of gamers hooked, with many calling it the best game ever created?

How Replayable Is Gloomhaven?

Gaming enthusiasts have given their impressions on what characteristics make a game more replayable, and Gloomhaven fulfills several of these aspects, keeping players coming back for more.

Factors that enhance a game’s replayability include:

The storyline of Gloomhaven is incredibly complex and nonlinear. At every point in the campaign, the players must face particular choices which influence the progress of the rest of the game. The party’s actions permanently lock or unlock certain events, locations, or characters.

Due to diverging elements in a campaign’s progress, the party’s relative success will differ on every Gloomhaven playthrough. With varying levels of success, the party has the potential to fail certain victory conditions and face severe campaign consequences. On the other hand, achieving objectives can lead to a character retiring and the opportunity to add a different class to the campaign.

Gloomhaven events related to completing a scenario, traveling, or visiting a town will add a lot of variety to the passage of the game. Outcomes of any event will depend on a particular character’s presence (or absence), the amount of gold collected, party reputation, and the cards any player or character has earned.

The characters in Gloomhaven can be played according to each player’s choice, within their specific class confines. Each player must pick to play one character class at the start of the game, which will then have its own set of skills, objectives, and victory conditions. As the characters gain more experience, they obtain different skill sets, perks, gear, strengths, and weaknesses.

Each class has a deck of cards, each with a top and bottom half, reflecting specific abilities, each with its unique effects, cost, and initiative rating. At the start of each round, players must choose two action cards which will determine the turn order of the players and monsters on the map. This unique aspect of Gloomhaven means that no attempt at a scenario, or campaign, will ever be the same.

How Do The Gloomhaven Expansions Increase Its Replay Value?

The addition of expansions adds even more variety and levels of how replayable Gloomhaven is. The Forgotten Circles, Jaws of the Lion, and Frosthaven versions add more scenarios, character abilities, locations, and new mercenaries to the game, which can be included in the original game or played in addition to the original. With no shortage of content to enjoy, teams will be busy for months on end.

The first expansion, the Forgotten Circles, follows the main game’s events and incorporates both game sets into a more extensive product. The scenarios gain complexity, and new items, bosses, and monster types keep the gameplay fresh and exciting.

The Jaws of the Lion expansion serves as a prequel to the events in the main game. It is touted as a more beginner-friendly version of Gloomhaven and can be played on the game’s booklet instead of on cardboard laid-out maps, and it uses a simplified ruleset to help introduce new players to the game.

Frosthaven, the most recent expansion, can also be viewed as an independent game but can be played in conjunction with the original Gloomhaven set. The events take place on a different map and introduce even more mechanics outside combat to keep the experience unique. Players control how the local village develops, must survive seasonal elements, solve new mysteries, and even craft new items.

There is also an unofficial custom expansion to Gloomhaven, the Crimson Scales, created by devoted fans, that adds another set of scenarios, items, classes, monsters, overlay tiles, events, and game effects, for fans of the Gloomhaven franchise who can’t get enough.

A game of Gloomhaven takes a good long time to set up and complete, though, and the levels of complexity may frustrate all but the most dedicated board gamers. Getting a group of people together regularly to complete a campaign can be challenging, and scenarios require a lot of cooperation and a heavy time commitment from all group members.

As the elements in the game can be pretty challenging to keep track of, tools that simplify gameplay contribute to how manageable a playthrough can be. Several apps (as well as a digital version) were also designed specifically for Gloomhaven to help players track various aspects of the game, including character abilities, scenarios, game events, etc.

The social aspect of Gloomhaven is one of the pivotal aspects that make the game engaging. The dynamics of each group and each playthrough will contribute significantly to how replayable the game is. The game’s party dynamics include competition and cooperation between its members, arguably the most critical game element.

Sometimes there are questions you don’t have an immediate answer to, and then players can decide on their interpretations for the time being. Several user apps exist to keep the game advancing steadily, with links to online sources that are easy to reference if any urgent issues surface.

It is, however, possible to play Gloomhaven by yourself. Should a single person decide to play the game, they will have complete control to play it as they see fit and access any areas, characters, scenarios, or class and skill combinations they desire. Sometimes this can be an excellent way to experience some of the lesser seen locations and character events.

Gloomhaven is a game that is enjoyable, regardless of how many times you’ve played it before. With gameplay mechanics that are both satisfying and complex, every battle will have its challenges to overcome, and every victory will feel like an achievement. The campaign will keep offering twists and turns to make every playthrough unique and keep you busy for countless hours.

Additional options also exist to expand the limits of the game, with expansions available for avid gamers offering even more locations, challenges, and strategies to keep unlocking the mysteries of the Gloomhaven universe. Whether you enjoy gaming alone or with a group of friends, Gloomhaven is sure to keep you hooked!