Is Gloomhaven Worth It? 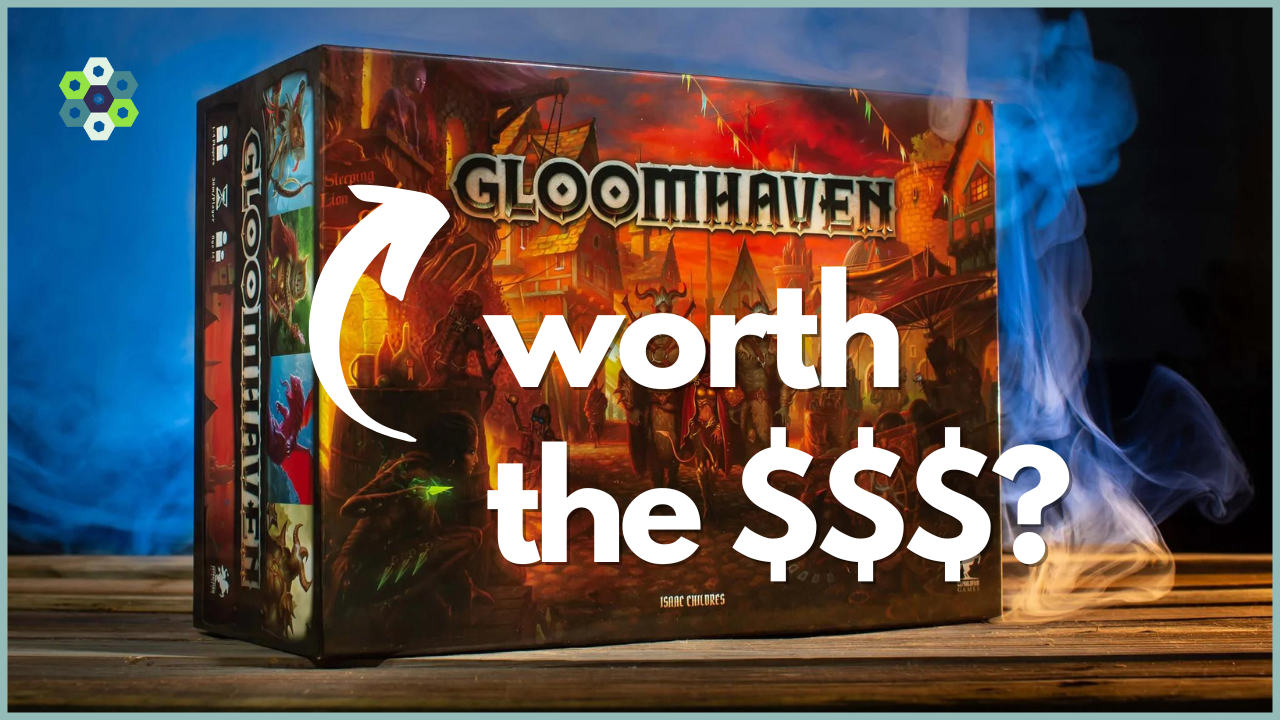 I still remember starting my online shopping cart and continuously second-guessing whether I should buy this behemoth of a game. At around the $200 mark, Gloomhaven isn’t exactly cheap. Add to that the fact it’s harder to learn than the average board game, and you can’t help wondering; is Gloomhaven worth it?

Although Gloomhaven is expensive, it more than makes up for it with its captivating story, embedded in a table-top version of an open-world Role Playing Game (RPG). As players progress through the main game, they will face continuously developing challenges that keep the game exciting.

Since those early days of weak-willed worrying about the value of Gloomhaven, I have spent several hours actually playing the game with friends. Truthfully, I wish I had bought it sooner. There are many reasons why, without competition, Gloomhaven is the best board game I’ve personally ever played.

What Makes Gloomhaven Worth It?

You probably already know that most board game enthusiasts who have played Gloomhaven have fallen in love with it. However, it’s not always clear why.

Most reviews of the game seem to talk more about the literal thousands of cards and pieces included in the box than about the actual quality of the game. Unfortunately, this means despite my rantings about how much I personally like it, you’re still not sure if Gloomhaven is worth it.

I agree, forking out $200 for a board game seems rather absurd, especially if your reference point is the classics like Monopoly or Pandemic (both of which are great games, just not for $200).

But Gloomhaven isn’t the type of game where you take 15 minutes to stack the board, 5 minutes to explain the rules, one hour to play the game, and then repeat.

In fact, Gloomhaven resembles a cooperative fantasy computer game more than it does a typical board game. You and your party will play through a well-written epic fantasy-style story.

The game takes place in a fantasy world surrounding the town of Gloomhaven, where evil forces are making some pretty nasty plans. Your party is not exactly the typical shiny-armor-hero type. Instead, you are mercenaries with morally grey histories and stories. Nevertheless, you are roped into an epic journey to save the town.

The whole journey is broken up into 95 missions or scenarios. And you can expect each of those missions to take up well more than an hour. In fact, with four players, and if you play in easy mode, you are looking at about 150 estimated hours to complete the entire game.

To top it off, the Gloomhaven community has come up with many custom community scenarios. Most of these have gone through the creator, Isaac Childers, given his stamp of approval, and then released free of charge. My group has played a few of these, and they are outstanding.

No Two Gloomhaven Scenarios Are The Same

One of the saddest moments in any board game is when you have figured out the recipe for success. What I mean is that practically every game has that optimal play style which all but guarantees success.

At some point, you figure it out, and then each time you play the game, it feels like a grinding process of ticking boxes on your way to another boring win. And just like that, the initial excitement of the game is dead.

Much like other grand legacy-type games, like D&D, Gloomhaven is not plagued by this phenomenon. Every scenario is different, and almost every scenario will push you into a corner of near defeat. Then have you jump to your feet in celebration if you win.

In fact, I have replayed the first few scenarios of Gloomhaven nearly four times, and every single time is different. A big part of this is the simple yet very effective enemy AI system, and the other part is the game adjusting to your decisions.

In other words, you can play the same scenario as often as you want because each time you alter your strategy, the game will also change in response.

Once you finish the game, you can even replay it using a different character and have an entirely different experience.

Gloomhaven Grows With You

When you first start your new Gloomhaven campaign, you do not have access to the game’s entirety all at once. Instead, you pick one of only six characters and adorn them with a limited number of items, weapons, armor, and potions.

Likewise, enemies are the basic skeletal archers and knights you would expect to see in the early game of something like Skyrim. They don’t offer many creative surprises, but they can be a real pain to beat in the early game.

However, as you continue through the story, your character will unlock added abilities and items. In addition, you’ll be able to alter existing abilities, and you’ll start getting a good feel for your character.

Likewise, more enemy classes are revealed, some with nasty hidden talents that can turn a great scenario into a terrible defeat within minutes. Even those silly skeletons will have leveled up with your character.

This means that there is never a point where it feels as though your character has outgrown the game’s challenge. As you become better at the game, the game grows and expands to continue being interesting. It also continues to grow in difficulty, so it also remains challenging.

During our play-through, my group eventually maxed out our characters’ levels, which means that the enemies’ levels were also maxed. All we did then was simply increase the difficulty of the game, which increased the level cap of the enemies.

This life goal (or personal goal/quest) could be something along the lines of “kill 20 legendary skeletons.” Once you complete the life goal, your character hangs up their sword and retires, and you have to start a brand new character.

In other words, it would be close to impossible to finish a campaign with the same character as you start with.

So why would you want to achieve this life goal? Well, there are 17 characters in Gloomhaven, and as I’ve said, you only start with six. The way to unlock the others is by completing life goals. So just on pure inquisitive nature alone, you will not be able to resist, nor should you. Some of the late-game characters are epic.

What About The Long Setup Time And Admin?

Admittedly, it is not all positive. The sheer size of Gloomhaven also means that there are so many little pieces to keep track of and pack and unpack every time you want to play the game.

I’ve heard of a single scenario setup taking more than an hour.

Then there is the in-game admin of tracking enemy damage, character gold, experience, etc., which can also be a little painful. Fortunately, there are solutions to both.

I cannot overstate this enough: spend a little extra money and buy a Gloomhaven organizer with the game. This is basically just a set of trays, boxes, and shelves that help you organize all the little bits and pieces. It will more than halve your setup and pack-up times.

I would also advise that you use one of the many Gloomhaven smartphone apps to track your character’s stats, gold and items, and possibly even enemies. This just takes some of the many moving pieces off the table and helps you focus on the game.

Gloomhaven is not only massive in scale, but it is a story-driven game that adapts and grows with you as you play it. No two missions or scenarios are the same, and the game is built so that even replays will differ. As you play, you will unlock new missions, stories, and characters that keep the game exciting.