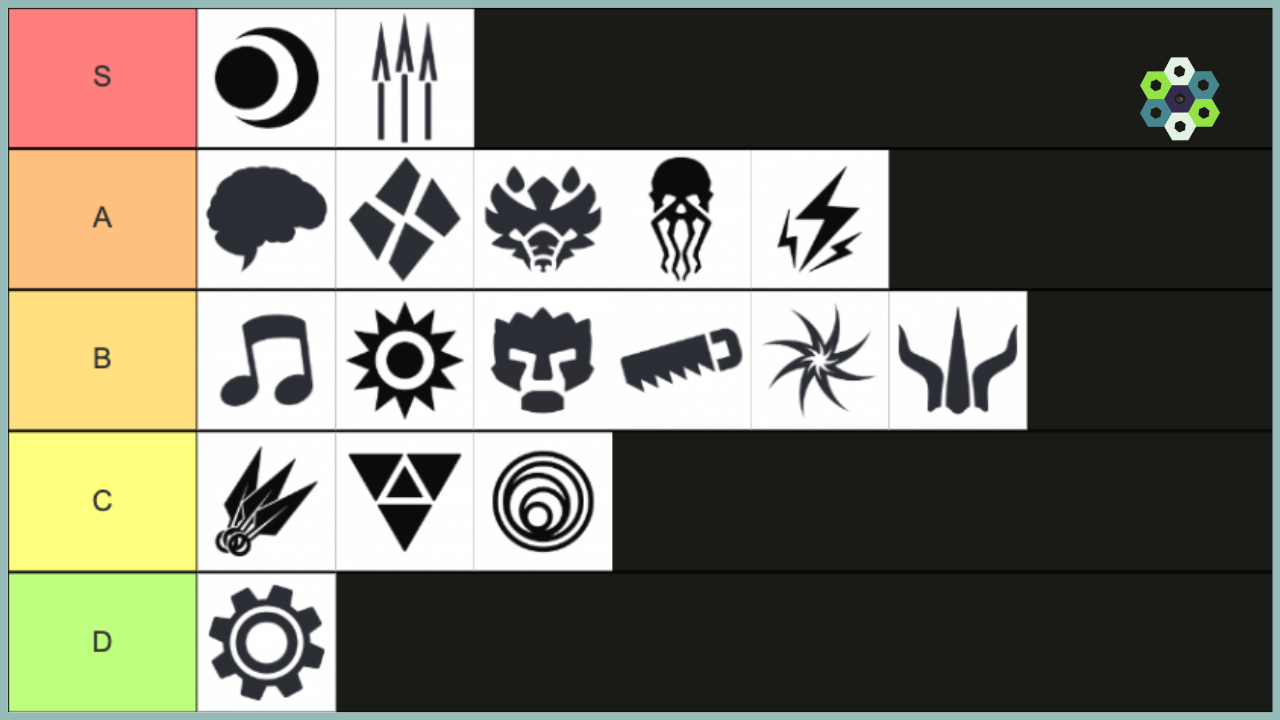 When playing the game of Gloomhaven, you will find that choosing the best character is not as simple as choosing the coolest-looking one. Instead, there is a long list of characteristics and properties that you will need to consider when choosing your Gloomhaven partner.

Our Gloomhaven tier list starts at S-tier and goes down to D-tier; the Quartermaster is the only S-tier class across the board, with the Mindthief, Red Guard, and Berserker in A-class. Only a few other classes reach close to these rankings, each changing as the player count increases.

It should be noted that our tier list is made up of more than just our opinions and is always affected by what others online have said. Further, understanding why we are using this specific tier list will enable you to choose a class that you are comfortable with and capable of playing.

What Is The Best Type Of Tier Lists To Use For Gloomhaven?

Tier lists for Gloomhaven can be using the number system, letter system, or even the roman numeral rankings. We have found that the best possible ranking system for each Gloomhaven class is the S to D tier list, allowing several parts of each class to be measured.

As your skills in the game change, your preferences will also change, with most experienced players preferring to have one or two easy-to-use classes in their party. This means that knowing what the tier list is and for how many players it is meant can affect your gameplay.

The stronger a class is in the later game, the more challenging it is to use when you are a new player or when the game is just starting. You may want to avoid using S-tier classes because they are unbalanced when you don’t plan everything properly.

Now that we know what tier list we will be using throughout our own tier list, we can look at the classes in each tier list. You will often find that a class changes its tier rating depending on how many people you are playing with, causing some classes to be weaker when played with more people.

One of the biggest challenges people face is that the classes in Gloomhaven are entirely dependent on the type of play style each player has. We’ll focus on how each class rates when you play with only two people or the total cohort of available players of Gloomhaven.

The Tinkerer, Diviner, and Voidwarden are considered D-tier classes and will often be the classes played by those with more experience. While they are easier to play when you have a full cohort of the correct supporting characters, they can still be a challenge to master.

We recommend using these classes when you are familiar with the game and want to make it a more challenging experience for yourself and other players. The biggest challenge these three provide is that they can make the game much harder for anyone playing it with you.

At C-tier, we have the Scoundrel, Hatchet, Demolitionist, Elementalist, and Summoner, all classes that can work exceptionally well in a group. These classes have their strengths when there is someone that can buy them some time or cause a distraction for them to get into the correct position.

These classes can be easier to play when more people are playing the game, so we put them in the C-tier instead of lower. As a group of four, you can use these classes effectively without spending time strategizing around your weaknesses.

When it comes to B-tier classes, the considerations become too much to list, as you can play with these classes even if you are a party of two. The Sunkeeper, Soothsinger, Sawbones, Doomstalker, Spellweaver, and Brute are all B-tier classes when you have only a few players.

As you get more players, these classes often stay the same or increase in quality, with the Sunkeeper becoming a straight A-tier class when playing with four players. While the Brute is considered the best class for any beginner because of its consistent ease of play and strengths.

The list of A-tier classes is the longest, as almost every class can be A-tier when combined with the right members in their party. The Cragheart, Mindthief, Red Guard, Beast Tyrant, Berserker, and Plagueherald are all A-tier classes that are almost entirely consistent no matter how large your party is.

With only the Best Tyrant and Cragheart going down to B-tier when paired with a large party that does not have the right mixture of support classes. We recommend that you consider these when playing with new players that have learned at least the most basic principles of the game.

There are only a few S-tier classes, usually at this tier alone, in a group, or with the player count maxed out. The Nightshroud and Quartermaster start as S-tier classes and stay that way, while the Soothsinger starts as a B-tier in a party of two but moves up to S-tier when playing with three or more.

It is important to note that while these three are the strongest and probably most overpowered classes in the game, they are also high-skill classes. Not only do they need to be unlocked through playing the game, but they also require that you know other class strengths and how to boost them while you are playing.

How Many Classes Are There In Gloomhaven?

Currently, there are just over 17 classes in Gloomhaven, with the game adding new expansions when and if needed. Many times the expansions only add new scenarios that later unlock a new class for the players to use instead of adding a new starting class for players to use.

Further, the game is meant to be played in several different ways that will affect how you will use the available classes. If it is only being played as a single-player game, you may find it challenging to use support heroes, while brute strength lacks the knowledge to advance the game.

If you want Gloomhaven, just buying the basic game will provide you with all the current scenarios and classes. While only those that have played the game a lot should consider getting the game expansions that add more classes and even more scenarios to deal with.

The things that affect the placement of each class in the tier list are how easy they are to play at the start of the game, how effective they are at the end game, and how they interact with others. Many classes are brilliant when playing along with other classes but cannot compete when sent alone.

This affects their placement on the tier list as it also increases the difficulty of using the class without altering the rules. Often the best class to use when playing alone will only perform better when playing with others, with some increasing in rank dramatically.

A good example would be a class that works as a healer, which won’t be effective on their own but can cause an average party to become unbeatable when used correctly. We always recommend players think outside the box, using classes they may not be familiar with to learn new tricks.

Your game of Gloomhaven can only be improved when you understand how and where each class should be used. Having a good tier list helps you to get the most out of the game without becoming frustrated at a complete lack of progress.

Whatever you do, please don’t forget to try new classes whenever you find yourself starting with a new group!