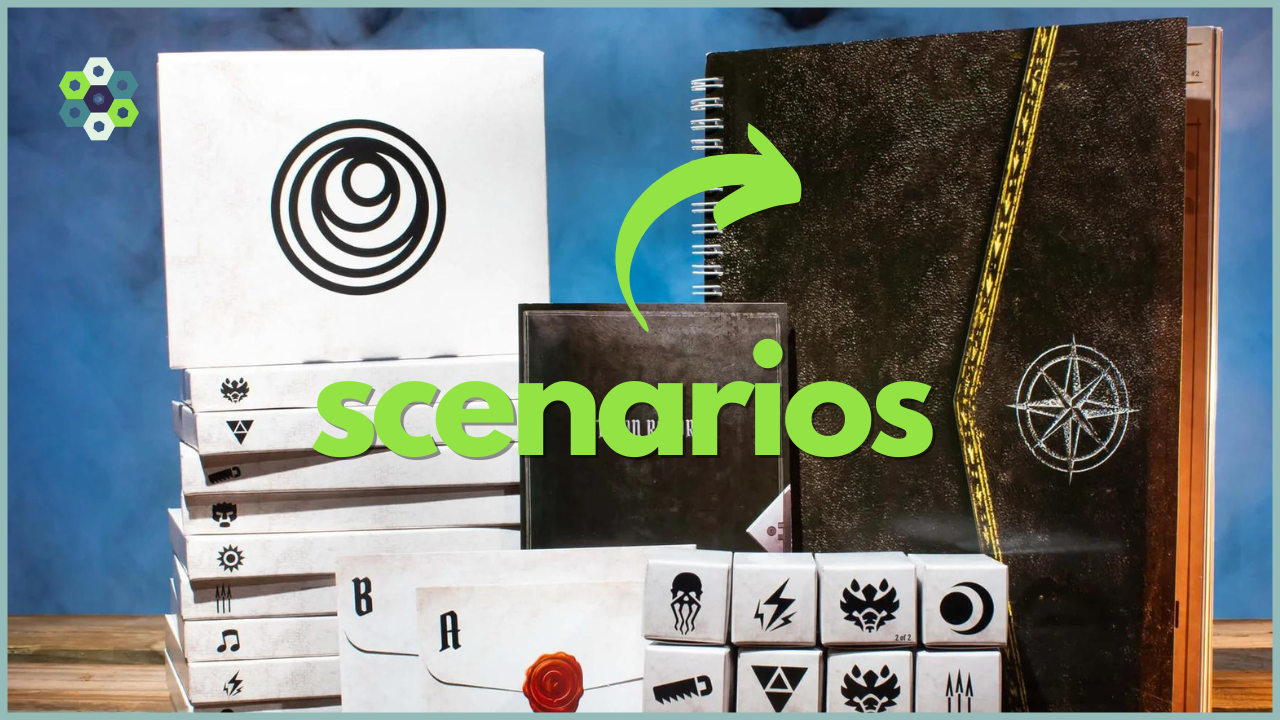 The game of Gloomhaven has so many scenarios that it can often become hard to keep track of what goes where. The scenarios are usually not sequentially arranged either, and to compound matters, there are different types of scenarios that lock and unlock one another. For a helping hand, consider the handy list of scenarios compiled by experienced players at the hands of the Gloomhaven scenario book.

There are 95 scenarios in Gloomhaven which may make up part of your party’s campaign. 51 scenarios constitute the game’s primary campaign, but several prevent others. There are also personal or event-related side scenarios, which you can do in addition to your adventure if you desire.

The scenarios in Gloomhaven arranged according to their campaign number:

Which Gloomhaven Scenarios Lock You Out Of Other Scenarios?

For the storyline in Gloomhaven to make logical sense, some scenarios must have specific conditions for them to become available. In this manner, dead characters can’t give you quests, your party can’t complete scenarios that require privileged information they don’t have, and places you haven’t discovered yet remain hidden.

You will have to choose which Gloomhaven scenarios you want to complete and in which order. Some scenarios are mutually exclusive (either the one or the other), and some you can only do if you haven’t completed another.

The following scenarios are mutually exclusive from one another:

Completing some scenarios in a particular order allows you to embark on them all if you wish, depending on how you would like your story to proceed. Many people want to complete all the possible scenarios, and having the possibility to complete them removed may be frustrating to them. In some cases, completing them all might also give you better access to rewards and specific achievements.

The following groups of scenarios can only all successfully be explicitly done in their given order:

Personal Side Quest Scenarios In Gloomhaven

There are 11 scenarios in Gloomhaven related to the class characters’ personal side quests. Completing any of these scenarios advances your character’s quest tracker, bringing them closer to retirement, which offers lucrative rewards to the player and the party. Completing Personal side quest chains often reward players the chance to open an envelope, unveiling a new class.

Personal side quest scenarios in Gloomhaven and the side quests they advance closer to retirement:

Random Side Scenarios In Gloomhaven

Random side scenarios available in Gloomhaven:

Scenarios Obtained From Side Events

Events within Gloomhaven and on the road to your various scenarios open new opportunities for your party. Specific scenarios are gated behind the options you choose in these events, and some rewards can only be obtained in these particular scenarios. Often these events require that you have retired a character of a specific class before you can unlock them.

Scenarios obtained from side events which your party can then complete:

Although the 95 scenarios available in Gloomhaven may sound discouraging, many of which your party can skip if you prefer. But take note of the ones you want to complete; you don’t want to accidentally get locked out from doing them. Your journey through Gloomhaven can be long and winding, but every universe has a map, and by following its directions, you can avoid getting too lost.