What Happens When You Die In Gloomhaven? 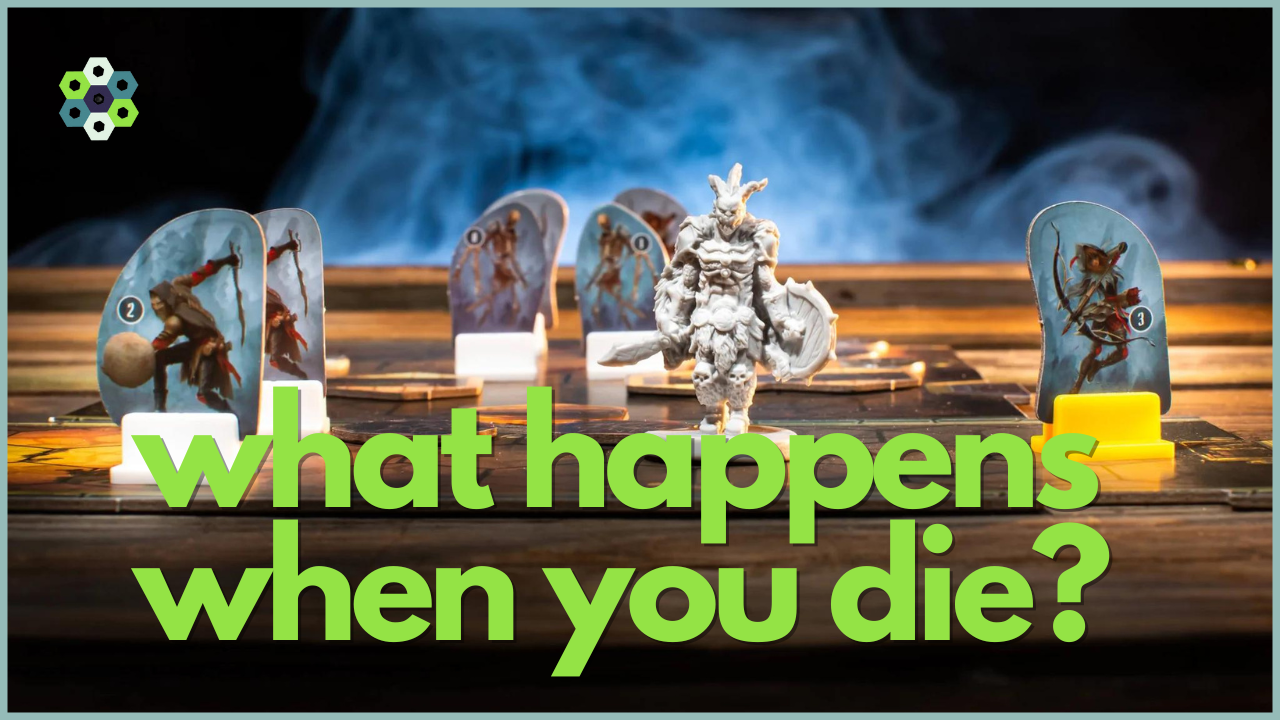 After playing a few rounds of Gloomhaven, you may have noticed that the game can be pretty complex, and the probability of failure is always an option. New players might wonder if it is then possible for their character to be permanently removed from the game and what funeral arrangements to make. Consider the funeral directions of the game’s rulebook to pay proper homage to the dearly departed.

Players in Gloomhaven have the option to play according to a variant where characters who drop below 1 hit point can die rather than become exhausted. Dead characters reshuffle their personal quest into the deck, lose their gold, and return their items to the city’s supply heap.

The default configuration of a game of Gloomhaven is to have characters become exhausted instead of dying. The game was deliberately designed to preclude character death, and certain gameplay elements make death irrelevant or overly harsh. Death completely removes a character from the game, similar to retirement, but retiring comes with several benefits to the player.

Why Does Gloomhaven Not Allow Character Death By Default?

When new players start playing Gloomhaven, they are often surprised to learn that their character cannot truly die (unless they deliberately choose to play the permadeath variation) and that they are given combat rewards even after a failed scenario. They might then wonder whether the development team’s restriction on death and generosity towards a beaten squad is an oversight.

The development team of Gloomhaven deliberately designed the game to exclude the possibility of character death (excepting the permadeath variation) in significant part because the game inherently relies upon imperfect information. As a team will never be able to precisely know what the monsters, bosses, damage modifiers, and even their teammates will do, the odds of failure are higher.

Gloomhaven takes a long time to get started, and the time invested into any campaign, scenario, quest, and character would be wasted in the case of character death. Considering the various game elements that could go wrong at any given time, the costs of failure would be too steep and actively discourage players from completing the game.

Actual Gloomhaven players have also observed that losing a scenario is punishing enough regarding the time expended and the obligation to run through it again. The outcomes of the replayed scenario are never guaranteed either, as successive attempts can be completely different. The variation in the cards drawn and the strategies from a previous effort may no longer be optimal.

Another important consideration is the effect death could have on the attitude and relationships of the players. Because a Gloomhaven campaign is incredibly long and arduous, cooperation between a group of players is vital. Too stringent of a negative outcome can turn some people aggressive or toxic. If one or more players become overly competitive or overbearing, it ruins the game for others.

The Permanent Death Variant of Gloomhaven formally offers a higher difficulty level for experienced players who wish for a more challenging campaign. With more retired characters behind their names and in-depth knowledge of the class skills and combinations, they may prefer to take on stronger enemies and more severe consequences to their progress.

According to the Gloomhaven rulebook, the Permanent Death variant allows a player’s character to die permanently and be removed from the game. A character dies when their health drops below 1 hit point, which is a different and separate mechanic from exhaustion, which occurs when a character has no more valid cards to play. An exhausted character remains within the scenario and is eligible to kill.

All the deceased character’s items are returned to the city supply, their money is lost, their personal quest is returned to the deck, and their character sheet is destroyed. If the player whose character perished wishes to continue with the game, they will have to create a new character, which starts at a gear, ability, and level configuration as determined by the prosperity value of the city.

What Happens In Gloomhaven When You Die In A Lost Scenario?

According to the rulebook, lost scenarios in Gloomhaven are reset, but players are allowed to keep the experience and loot gathered during their attempts. Players also have all their spent ability cards and items refreshed, which they can use again in the same scenario.

Each character in Gloomhaven has a personal objective, which becomes their lifetime goal. As per page 48 of the Gloomhaven rulebook, when a character’s personal goals are completed, that character must retire. Once the party returns to town, the character is obligated to announce their retirement, and they can no longer venture forth with the rest of the team.

The procedure for retiring a character is similar to that of removing a dead character from the game:

There are some benefits to having characters retire, which would otherwise be wholly lost should that character have died instead:

When playing Gloomhaven using the Permanent Death configuration, your character will die if their hit points fall below 1, whereas they would typically just become exhausted. Dead characters lose their gold, have all their items returned to their various holding spots, and have their personal quest reshuffled into the deck. But don’t mourn them for too long. You can keep playing by making a new one.