What Is An Attack Action In Gloomhaven? 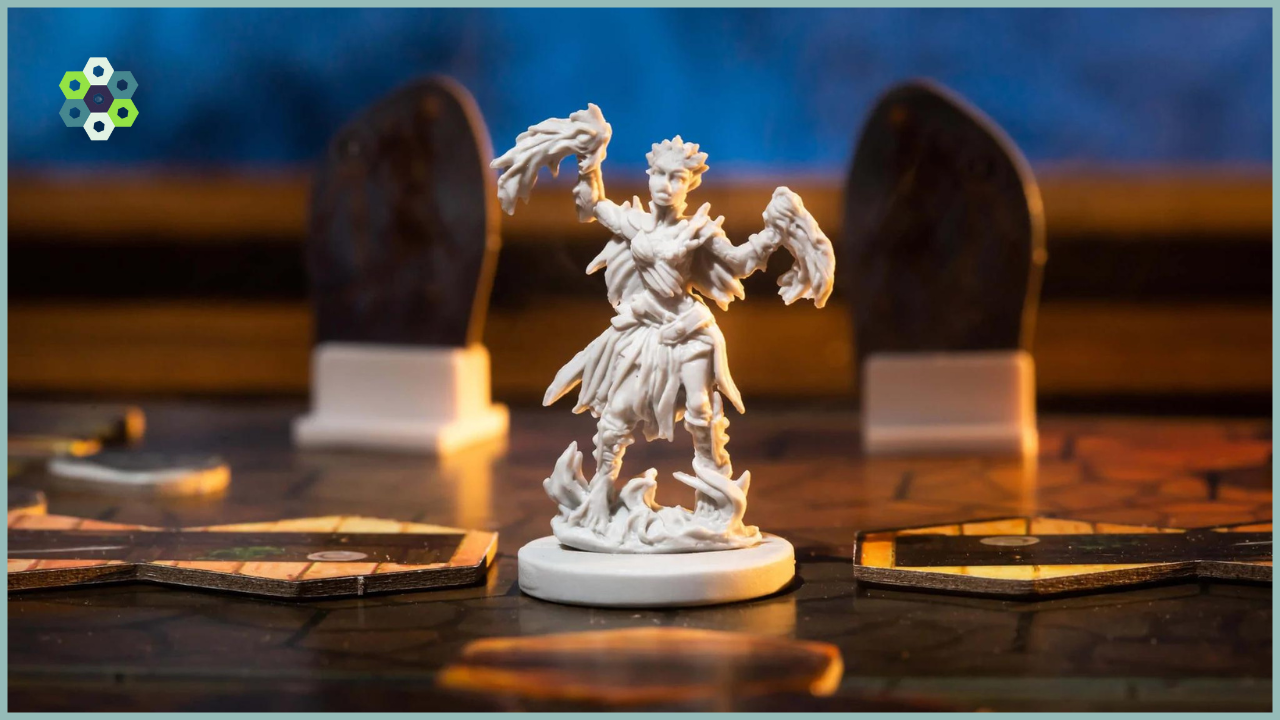 Starting a new board game is comparable to riding a bicycle. You’ll fall off often, and by the time you’re good at it, you’ve alienated most of your friends and family members! Gloomhaven is a fantastic board game where cards dictate gameplay, but what is an attack action?

An attack action in Gloomhaven is all the attacks you make against an enemy during your action. Your action is the top or bottom of half a card. The number of enemies you target and the number of times you attack depend on your class, level, items, and ability cards.

I’m impressed if you (already) understand what an attack action is because it took me a couple more read-throughs (and a video) to make heads or tails of it all. If you’re like me and want to understand the full picture below, we’ll investigate attack actions in greater detail, including when and why they happen and what items influence them.

What You Need To Know About Attack Actions In Gloomhaven

As with most board games (thanks Dungeons & Dragons!), combat is a core gameplay feature and a fundamental part of Gloomhaven.

The quintessential difference between Gloomhaven and many other similar fantasy board games is that you determine initiative (whose turn is when) and what actions you take during combat through the innovative card system.

Gloomhaven comes down to the cards you have. When you encounter an enemy in Gloomhaven, you draw two cards. These cards show your initiative (by the number in the center), and when it’s your turn, you select your character’s abilities from the cards.

The cards are split in half, so you’ll pick an action from the top half of one card, followed by the other card’s bottom half. An attack action (any action) is half of the card you pick.

I.e., during your turn, you get to make two actions determined by the activity cards you drew at the start of your turn.

When Do You Make An Attack Action In Gloomhaven

Gloomhaven is centered around various scenarios, which pit players in situations where combat is almost always required. Attack actions are essential to combat.

Once you draw two cards, you pick half of the card you will use. Cards vary in what they do, how much, and what they do “it” to.

If you don’t like the abilities on the card, you can choose to use the top of one card as an “Attack 2 action” and the bottom of the other card as a “Move 2 action.”

An Attack Action Vs. An Attack

The importance of the semantics is that some items influence all of the attacks in an attack action, while others might only apply to a single (usually the first) attack.

Some characters have an area of effect abilities (AOE) that allows them to damage groups of enemies. Some characters can target multiple enemies per turn, which means that the attack action is more than one attack on a single target.

Although the majority of attack actions at lower levels usually only involve one attack on a single target, as you level up, your character gains additional ability cards, granting them more powerful attacks which target multiple enemies.

If you were starting to understand what was happening, I’m pitching another curve ball!

When you attack in Gloomhaven, you draw an attack modifier card. This card increases or decreases attack damage (it could also add other effects).

When you perform an AOE attack, or another multi-target attack card (i.e., multiple attacks in the same attack action), you’ll have to draw an attack modifier for each attack.

Why Do You Need Attack Actions In Gloomhaven?

When you play Gloomhaven, you don’t level up from killing monsters. Certain spells and ability cards grant you experience when you use them. If you don’t use your attack action on your turn, you might not draw one of these cards during the battle, and leveling up takes longer.

Like many typical dungeon crawler board games, Gloomhaven’s scenarios usually pit you and your party against all the wicked denizens of the world. Unlike D&D, Gloomhaven doesn’t give you many options to talk your way out of battles, so combat is usually the answer.

Without attack actions, you can’t do damage to the enemies. There are two “types” of ability cards, attack, and movement, making attacks a core component of the game.

Types Of Attack Actions In Gloomhaven

There are two types of attacks in Gloomhaven.

Gloomhaven Items that Apply To The Entire Attack Action

Gloomhaven provides players with various items you can use before, in between, or after you attack action. These items add various boons that improve your chances of success.

Some of these items are ridiculously overpowered and apply to all attacks during your attack action.

These items are potent when used by characters who make AOE spells and multiple attacks (ideally against multiple targets).

The next list of items are examples of items that only add a beneficial effect for one attack:

These items are not an exhaustive list; they help us further understand attack actions.

The Drawbacks In Gloomhaven Attack Actions

Say it’s your turn to play during the round. You draw two cards, and neither is great. You are allowed to choose not to play a card unless (don’t you love those) the card does something nasty to you or your allies, in which case, you’ll need to play it.

Also, when you have an attack that targets multiple enemies (as indicated on the card), the same enemy cannot be the recipient of the multiple attacks. So if you’re facing one enemy with a “multi-attack,” you cannot lambast the sucker with all your attacks.

Unfortunately, not all classes are made equally. Those characters that use AOE attacks have a notable advantage as they attack additional enemies.

When using items that influence the “attack action,” these characters shine. In contrast, characters making single target attacks (i.e., one attack per attack action) might feel like they are “wasting” those semi-omnipotent cards.

As you progress and gain levels (why else would any of us play RPGs? Table top or other!), you’ll find that character card abilities improve, allowing you to do more damage, attack more people, etc.

However, in the early levels, it might feel tedious (one attack per attack action, which generally won’t do much damage). But stick to it! Double digits are not far away!

Although there is a significant amount of confusion between attacks and attack actions in Gloomhaven, the rule book is clear. An attack action is what you do on your turn, and it is made up of one to many individual attacks on single or multiple targets, depending on your class and cards.

While attack actions might drag in the early stages, stick with them. As your character improves, so do your items, and your attack actions become more enjoyable!