What Does Devotion Do In Gloomhaven? 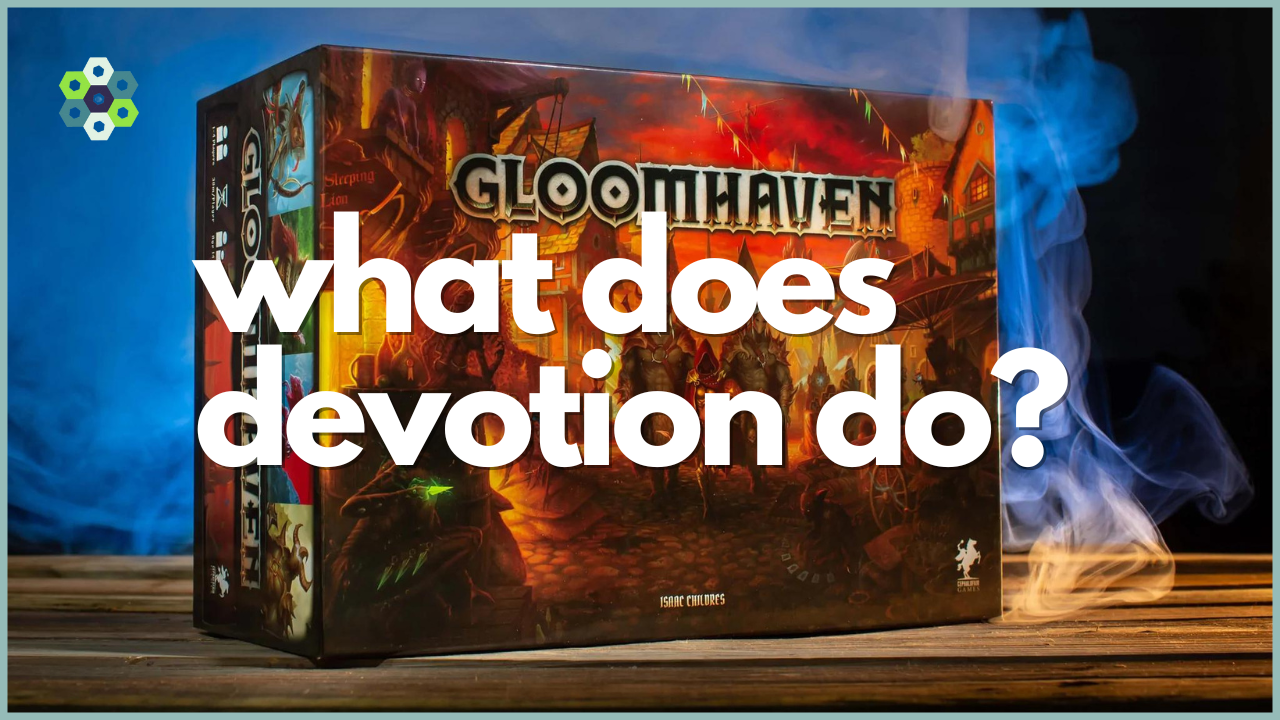 In the fantasy world of Gloomhaven, defeating fantastic monsters and having your fate determined by cards is a riveting way to exercise your brain by producing strategies to level up and become a Gloomhaven champion. Whether you’re playing Guildmaster or Campaign mode, you might have come across the term ‘Devotion’ and wondered what it does.

Devotion is a tracker that measures the donations you’ve made to the Sanctuary of the Oaks in Guildmaster and Campaign mode in Gloomhaven digital, which functions similarly to job request chests by unlocking randomized rewards. Devotion does not exist in the tabletop version.

Gloomhaven Digital is a unique spinoff of the original Gloomhaven board game, and people sometimes prefer it. We will explain the functionality of Devotion further, dive into whether obtaining Devotion, or donating in general, is worth it, and have some information on contributing to the Sanctuary of The Oak.

How Devotion In Gloomhaven Works

The Devotion tracker was introduced to Gloomhaven Digital in version 22340 and has helped players gain momentum in upping their Prosperity levels. To gain Devotion, you need to donate gold to the Sanctuary of The Oaks, which in turn offers you rewards.

By buying blessings from the Sanctuary, your Devotion tracker grows and unlocks unique rewards that drive your campaign and can give your mercenary new items such as item designs. All the Devotion earnings are randomized, so what you get is not predictable.

In Gloomhaven Digital, buying blessings doesn’t only increase your Devotion tracker. It also increases your Prosperity which is fantastic news as it leads to unlocked shop items and allows new characters to start on higher levels.

Is Donating To Gain Devotion Worth It?

Sparing gold to the Sanctuary can seem unnecessary, especially if you have other priorities! If you gain all rewarded items from Devotion, you can sell them and receive the items’ selling price, but since they are randomized, you wouldn’t know if it’s worth its donation in gold.

Sometimes the items you receive hold a lot more value, and players have seen some prized possessions, so you might need to risk it for the biscuit! The cost to claim a Devotion reward is 100. A bug made it seem that you can claim an award at 50, but the actual amount is 100.

Is Donating To The Sanctuary Worth It At All?

Besides being awarded for a high Devotion, the main benefit of buying blessings from the Sanctuary is to increase Prosperity which, as mentioned, leads to unlocked items and higher starting levels, but what else is worth your donations of gold?

Many players go through Gloomhaven without donating a cent and have done just fine! Sticky situations are the better opportunities to contribute as the donations could help you to get out of trouble, often in higher-level scenarios.

If you are in a cursed scenario, it might be time to bless the Sanctuary because it could balance the situation, which also works in the tabletop version of Gloomhaven. Blessings help you with large attacks. The Sanctuary blessings let you buy unlock x2 cards that double your card power and, after ten donations, the coveted Envelope B.

The best reasons for buying Blessings from the Sanctuary are if you often have large attacks, attack often, your modifier deck is small, you often have the advantage in your game, and if you would benefit from x2 cards or the Envelope.

The x2 benefit worthiness would depend on which character you use; Scoundrel is your best option, and Triforce would be your least, and donating to receive the x2 works best if you keep failing a scenario or need to attack a big boss.

Without allowing for any spoilers, many players rave about the benefits of Envelope B, and the curiosity alone should be tempting enough to buy Blessings from the Sanctuary, so we hope you find it worth it like we did!

You do not earn much gold early in the game, so donating is better to be kept for level 4 or above because setting up your equipment, among other set-ups, would be a better spend, and Blessings only start to work in your favor when your deck gets thinned.

The Sanctuary Of The Great Oak

The Sanctuary is laden with the historical religion of The Great Oak, where ancient humans lived in the caves of the Imperial Mountains for many centuries, too scared to wander above ground because of legends about demons passed down by their ancestors.

The first thing they saw once they moved out of the caves was a magnificent Oak tree on top of a hill, and they got drawn to it for shelter and sustenance. The Sanctuary Of The Great Oak holds this story and stands for protection and healing, the root focus of its religion.

You can only gain Devotion by donating to The Sanctuary of the Great Oak. Donations also accumulate Prosperity, but scenario completion and city events add to the bar, and increased Devotion also increases Prosperity.

You contribute to the Sanctuary once per visit per character only for the value of 10 gold. The limited gold donation would mean that to get to Envelope B, you must visit ten times as it costs 100 gold! You can easily forget about the Sanctuary, especially when playing the board game, but donating offers excellent benefits, so do not forget! The Sanctuary is open from the beginning of the game, both tabletop and digital.

With every visit to Gloomhaven, each participating player can decide if they’d like to donate to The Sanctuary of the Great Oak. Each person who donates gets two Bless cards to add to their Attack Modifying deck used in the subsequent scenario. The limit for each player remains ten gold, but if three players decide to donate, it amounts to 30 gold.

In summary, Devotion only occurs in Gloomhaven Digital. Devotion increases Prosperity and awards you with randomized items that could vary in worth. The only way to gain Devotion is by donating gold to the Sanctuary of the Oaks, which many players question if it is worthwhile. Devotion rewards are questionable, but since it increases Prosperity, there are significant benefits additional to Devotion.

The main benefits from donations are the Prosperity rewards in the form of 2x Bless cards and the illusive Envelope B that gets given by the historic Sanctuary of the Oaks. The Sanctuary is the only way to gain Devotion, and you may only donate ten gold per person per visit. We hope that your Devotion accumulation serves you well in your Gloomhaven journey!