What is the best villainous game? 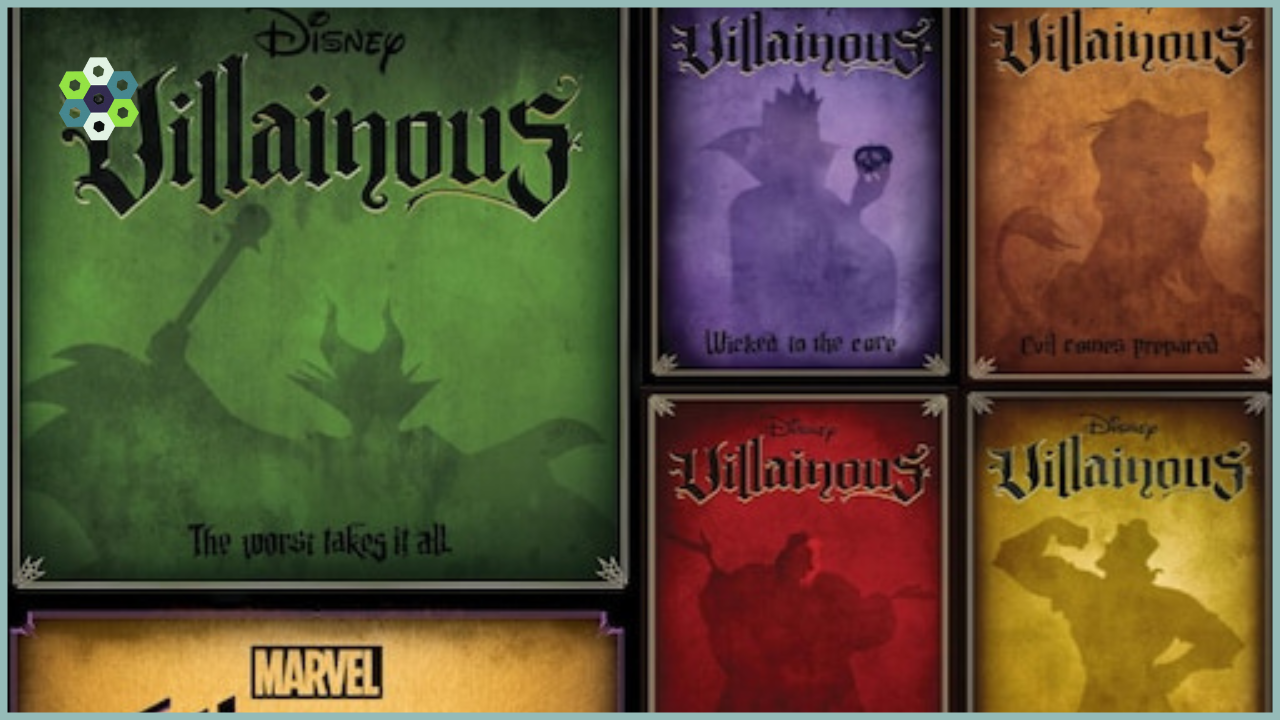 Villainous is a game that has more expansions and alternates than many of its players could ever expect. Therefore, the best Villainous games are the four complete sets: Bigger and Badder, Worst Takes It All, Infinite Power, and the Star Wars version. There are several games in the series, with a Marvel and Star Wars unique set that works with the same rules.

Are All Villainous Games The Same?

One of the critical things to know about Villainous is that no single game is better than the rest of the games. Instead, all you will find differences between each set is how many villains are made available for you to play with. The Marvel and Star Wars expansions are also playable without the main Villainous game.

We recommend buying a base game, whether you are looking for classic Disney villains or not, to learn how to play the game. Many of the greatest games of Villainous are the ones that are played with such a variety of characters that no one is sure about who is going to win.

What Is The Original Villainous Game?

The first ever version of Villainous released was Disney Villainous Worst Takes It All in 2019. The game had the first six characters you could play as Captain Hook, Maleficent, Ursula, Prince John, Jafar, and Queen of Hearts are the first six villains you can use.

All six are seen as some of the most iconic Disney villains and deserve their seats as the first to be included in the game. However, while we call it Disney Villainous Worst Takes It All, the actual name is just Disney Villainous, with the tagline popularly used as the name for the game.

When looking for the game at a local store, it will be called Villainous, which we have to point out to ensure you get a suitable game. Many people have assumed that the only name for the Villainous games is the ones that are printed smaller on the front of the box.

What Are All The Villainous Games?

Now that you know the basics, we can look at each of the Villainous games and how they differ from the previous version released. Many people have looked at all the boxes when going out to buy their first game, becoming confused as they all look similar if you don’t know the differences.

There are eight expansions and alternate versions of Villainous, with only one starter set. The starter set has the basic cards needed, but many people have agreed that the game can be played without the starter cards and maps included in the base game.

Disney Villainous Worst Takes It All

This is the most extensive base set that you may need to learn the game’s rules and how the cards work with each other. The set includes everything you need to start the game and learn the basic rules, including how to sabotage the other players to allow your eventual evil victory.

You may not have to buy this set to actually start playing the game, owing to each expansion having everything needed. A few basic cards are only included with this set, with most people only wanting the later sets downloading pictures of the missing parts. This game is meant for two to three players, with only Lady Tremaine, Gaston, and the Horned King included in the expansion set. This was one of the first expansions introduced for the Villainous game and made it that much harder to be the villain that wins for a change.

It should be noted that because there are only three villains in this set, you will only be able to be a maximum of three players if you buy this. If you bought the base set, you could happily increase the game size to nine total players, making the game more demanding and much longer. Perfectly Wretchedd take on the role of a Disney villain striving to achieve your devious objective.

Introducing Mother Gothel, Cruella De Vil, and Pete, the Perfectly Wretched set is for the Villainous player that likes to be a mastermind. We always recommend adding this to your repertoire as soon as possible, allowing you to play the evil mastermind with a plan for every possible challenge.

This is the set that many people actively look for simply because of the two fun Villainesses that are included in this set and would otherwise be impossible to get. Compared to some of the other expansions, it can only be said that this expansion gives players a chance to debut as a grand villain. Evil Comes Prepared you take on the role of a Disney villain striving to achieve your devious objective. Discover unique abilities while dealing twists of fate to your opponents!

After the set of master planning and perfect execution of the previous expansion, Evil Comes Prepared has three villains that are absolute charmers. Ratigan, Scar, and Yzma are the three villains introduced here, and each of them brings unique challenges to the other players and opportunities to you.

It is central to note that this is one of the earlier expansions ever released and can be played entirely on its own. Naturally, we still recommend that you get the base game to ensure you have everything you need to enjoy the game entirely.

Wicked To The Core Disney Villainous: Wicked To The Core

Take on the role of a Disney villain and strive to achieve your own devious objective. Discover your unique abilities while dealing twists of fate with your opponents.

Hades, Evil Queen, and Dr. Facilier are the three villains you will encounter after buying this expansion to your Villainous game. These three villains have few things in common, but they can masterfully mess with the plans of others to become the best villain of them all.

It should be noted that of the expansions, this set works in the oddest way possible with its villains. We recommend you get this along with one or two other expansions, or the main game, to give you enough variety when playing. Disney Villainous: Bigger and Badder introduces Syndrome (The Incredibles), Lotso (Toy Story 3), and Madam Mim (The Sword in the Stone).

The latest expansion to the Villainous range of classic villains introduces Syndrome, Lotso, and Madam Mim. Apart from Madam Mim, these are the two most modern villains introduced, with Madam Mim being from the classic era of Disney villains.

Introduced in March of 2022, many people immediately bought up this expansion, and there was a long period where it was harder to get it. We recommend that you grab this expansion as fast as possible if you happen to see it in a store. Follow your own twisted path to victory, using sinister abilities to take on other Villains and might heroes from across the universe, Choose from Thanos, Hela, Ultron, Killmonger, or Taskmaster and fulfill your dark destiny.

The Marvel base game is Infinite Power and includes Hela, Killmonger, Thanos, Ultron, and Taskmaster. These five create the basic Marvel Villainous game, while Mischief & Malice is the first and so far only expansion that includes Loki, M.O.D.O.K., and Madame Masque to increase your player count.

Many people are surprised that the game can work with the standard Villainous set of expansions and games. Further, the villains are not limited to the Marvel Cinematic Universe, introducing villains from the Marvel comics that make it that much more fun to play against unsuspecting victims.

Star Wars Villainous Power Of The Dark Side

Star Wars Villainous: Power of The Dark Side
$39.99

The only Villainous game set in the Star Wars universe, this set gives you five villains to play with, starting Moff Gideon, Asajj Ventress, Kylo Ren, General Grievous, and Darth Vader. Each one brings in a unique set of tricks and plans that can see you as the best villain in a galaxy far away.

It should be known that there are no expansions yet for this set, so you may want to try and include other Villainous expansions to boost the options. Similarly to Marvel, this version does not limit itself to the films and includes villains from the series.

Villainous overall is a good game, and no single expansion is the best owing to the ability to play them all together. We recommend you get the most exciting games and start building your complete collections from there, as Darth Vader takes on Thanos while Yzma plots a deadly poison.